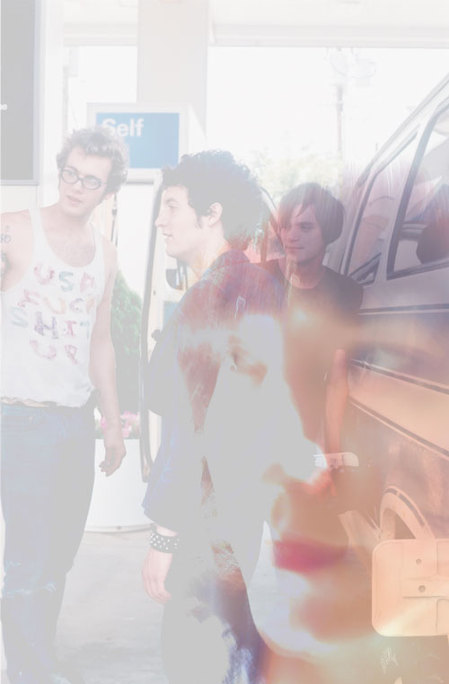 Sometimes the greatest bands arrive from the most unlikely of places and slightest of circumstances. Sometimes, even less. “We came from nothing,” says Ashrae Fax vocalist Renee Mendoza, now a full decade removed from the release of their final work, Static Crash. “We were art kids growing up in a town that didn’t have shit in it.” Yet that stagnation brought Mendoza together with guitarist Alex Chesney, for a partnership driven by the desire to create, and ultimately destroy, through the power of their music.

At a time when rock & roll was obnoxiously forcing its way back from the morass of pre-millenial digital aimlessness and DJ culture – at the same time was being fought on the other side by the glitzy shallowness of electroclash – Ashrae Fax was finding ways to inject warmth and confidence into a mothballed musical form. Its eight songs take chances that most all had forgotten about, delving into the solitary power of Kate Bush, the esoteric directions of groups like Dif Juz or the Durutti Column, and the brash iconoclasm of prime-era Siouxsie & The Banshees, ballasted by stretches of ambient interlude and ear-damaging chaos.

“There are both the presence of expected, traditional instrumentation (guitars, synths and drum machines) [on Static Crash], handled like they should be, and the performers’ ability to operate completely within the identity that such music requires, providing a gravity to these eight songs that allows them to master the mood and contours of their sound. In a time where even the most basic and sloppy deconstruction of the music from this era is permitted, where your self-identification with a movement automatically makes you a member of it, there aren’t that many acts with a “total sound” as like what is presented here, a narcotic collection of songs activated by the bewitching vocals of Renee Mendoza. Static Crash is a complete statement; it stands with its face towards the sea on some rocky cliff, swathed in black, wind-whipped, vivid and alluring.” – Doug Mosurock, Still Single/Dusted

Static Crash is magic, one of the most gorgeous collections of Gothic ethereal pop/noise of its kind to rise from the American underground in decades. One could easily believe its origin to be from 1983, or 1993, or even 2013. Released by the band in DIY fashion on spray painted CD-Rs, Static Crash found nearly no takers at its inception outside of a small but dedicated local following, but somehow its legend grew, even as the group fell apart. Noise musician Matt Franco (Air Conditioning) had gotten hold of Static Crash and was so taken by it that he tracked down Chesney the only way he knew how: by repeatedly calling a bar in Greensboro where he was told Chesney could sometimes be found. This indirect contact led to a 2005 reissue of the album on cassette. Six years later, North Carolina label Hot Releases offered to press up Static Crash on vinyl in an edition of 300, which quickly sold out. Copies finally made it out to music writers, many of whom connected with the music on the very first spin. Off to the Internet they fled, trying to find more information on this group, and it’s there that they found bits of information put together by Mendoza. Support swelled, and a whisper campaign finally found its way to Mexican Summer, who have committed to releasing the entire Ashrae Fax discography as well as an all-new album in the coming year, beginning with Static Crash. To mark this occasion, Ashrae Fax is reuniting to play live, beginning with a handful of performances that end at Raleigh’s esteemed Hopscotch Music Festival later this year.